The store will not work correctly in the case when cookies are disabled.

One of the oldest ancient crafts in the world, the history of rugs encompasses two major traditions: the Oriental and the Western.

We can imagine that early cavemen wove reed mats to cover their dirt floors. We read that Islamic prayer rugs were authenticated to the 8th Century, and we are told that the word, rug is derived from the early Scandinavian “rugga” and the Norwegian “rogg” meaning a coarse woven bed or body-covering textile. It is even said that Cleopatra VII arrived at Caesar’s feet rolled up in an Oriental rug circa 50 B.C.

The history of rugs and carpets encompasses two major traditions; the Oriental and the Western. The older and richer is the Oriental tradition, which includes the work of Central Asian, Middle Eastern, North African, sub-continental Indian and Chinese artisans. The Western tradition, derived from the Oriental, was established much later. It had a brief period of originality in France, but succumbed to imitation and mechanical weaving in the 19th Century.

The earliest tangible example of an Oriental rug is in the Hermitage Museum in St. Petersburg, Russia. Believed to be from 400 to 500 B.C., the Pazyryk rug was discovered by Russian archeologists in 1947-49, frozen in the Altai mountains of Southern Siberia at the grave site of a Scythian warrior prince.

Rugs were mentioned in Exodus in the Old Testament. They were also mentioned in Homer’s Iliad from the 8th Century B.C. Documents about weaving exist from the Sasanian Dynasty of Persia - circa 300 A.D. Rug-making records are obscure, however, between 500 B.C. and 500 A.D. Some historians believe that Alexander the Great’s exploits into Persia around 330 B.C. probably included exportation of rugs to the West.

Historical records show that the Chinese excelled in rug-making between 600 and 900 A.D. The majority of production was centered around what is now Beijing. Around 1200 A.D. Mongolian warrior-ruler Genghis Khan defeated the Turks and also invaded China. In 1279 A.D., his son, Kublai Khan unified China and expanded his interests beyond the Middle East. He appointed Marco Polo to travel widely and to report back on other cultures. During the same period, the eight expeditions of The Crusades (1095 to 1291) doubtless served to bring Asian rugs back to Europe.

Ever since its introduction to Europe by adventurers and explorers like Marco Polo, the Oriental rug has been a prized and cherished possession, celebrated in paintings and writings by the masters of the Renaissance. 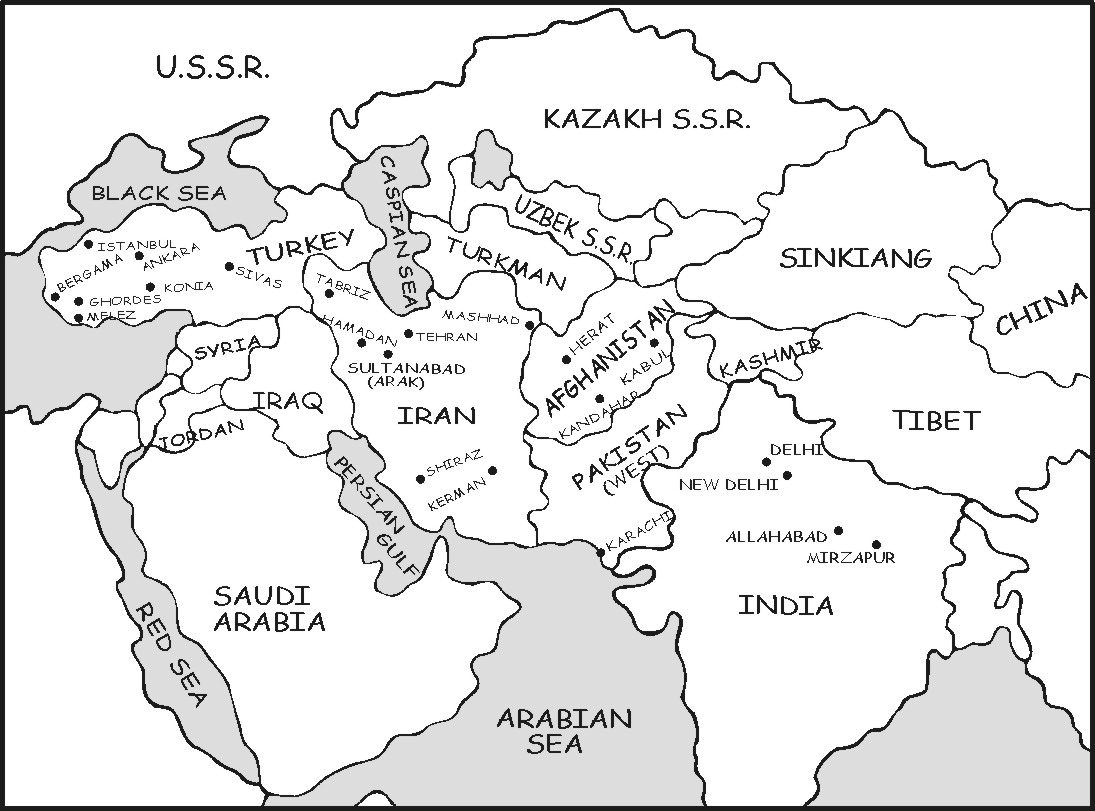 The art of weaving reached its zenith under the reign of the great Persian (now Iranian) monarch, Shah Abbas I, who reigned during the first half of the Fourteenth Century. Never before or since have Oriental rugs been made to compare with the beauty and quality of the rugs made during the Safavid dynasty. This was the golden age of art in Persia and the Oriental rug was never more perfect.

The dominance of the Persian Empire declined during the last half of the Fourteenth Century and in the Fifteenth Century, Queen Elizabeth I of England encouraged development of the arts, including rug making. As a result, England was a leading rug-producer for the first half of the Fifteenth Century. A testament to the prized stature of Oriental-type rugs during the period was the appearance of rugs as background to many portraits of nobility done by the Dutch Masters of the Renaissance.

About 1608, King Henry IV of France became concerned about the country’s “balance of payments." With the help of a nobleman named duPont, he established a rug-making facility in suburban Paris in 1627 on the former site of a soap factory, and the Savonnerie style was born. A second major center was established in the town of Aubusson in 1643; hence, a second design style still recognized today. These two forces, among others, helped to make France the dominant rug-producing country during the last half of the Fifteenth Century and through most of the Sixteenth as well.

In 1720, the Wilton loom was developed in England and a major step forward in mechanized rug-making followed. Two other centers in England were at Axminster and Kidderminster. England was the world leader for rug production during most of the Sixteenth Century. Interestingly, the mechanical principles of the Wilton loom are still in use today.

As the Industrial Revolution advanced, the Jacquard loom was developed in 1800 and E. B. Bigelow’s steam loom of 1839 ushered in the era of power weaving. The power Jacquard loom followed in 1849 and the Peking Axminster loom was invented in 1876. Rugs were introduced to America in the last part of the 17th Century. Turkey was the largest producer of rugs during most of the 19th Century, combining Eastern skills with Western equipment. In today’s markets, the dominant producers are India, China, Pakistan and other Middle Eastern countries.

We are occasionally asked what was the largest rug ever made. The answer is a giant flat weave rug 100 feet wide and 400 feet long made in Persia circa 550 A.D. for Emperor Cheroes I of the Byzantine Empire. It was made in an elaborate garden design using gold, silver and many jewels so that the Emperor could “walk in his garden” in the midst of the desert. Following his defeat by the Roman Commander, Heraclius, in 627 A.D., it was cut into small pieces and used as pay for the Roman soldiers.