The store will not work correctly in the case when cookies are disabled.

We didn't just come up with our company name by some random act.  We truly believe that rugs are in fact "art" regrdless if they are a priceless hand knotted rug or an affordable indoor-outdoor rug.  That being said, the style of weaving has a very large impact on the price of the area rug. Typically, area rugs fall into a two main categories: 1) Hand knotted or 2) Machine made and Tufted. 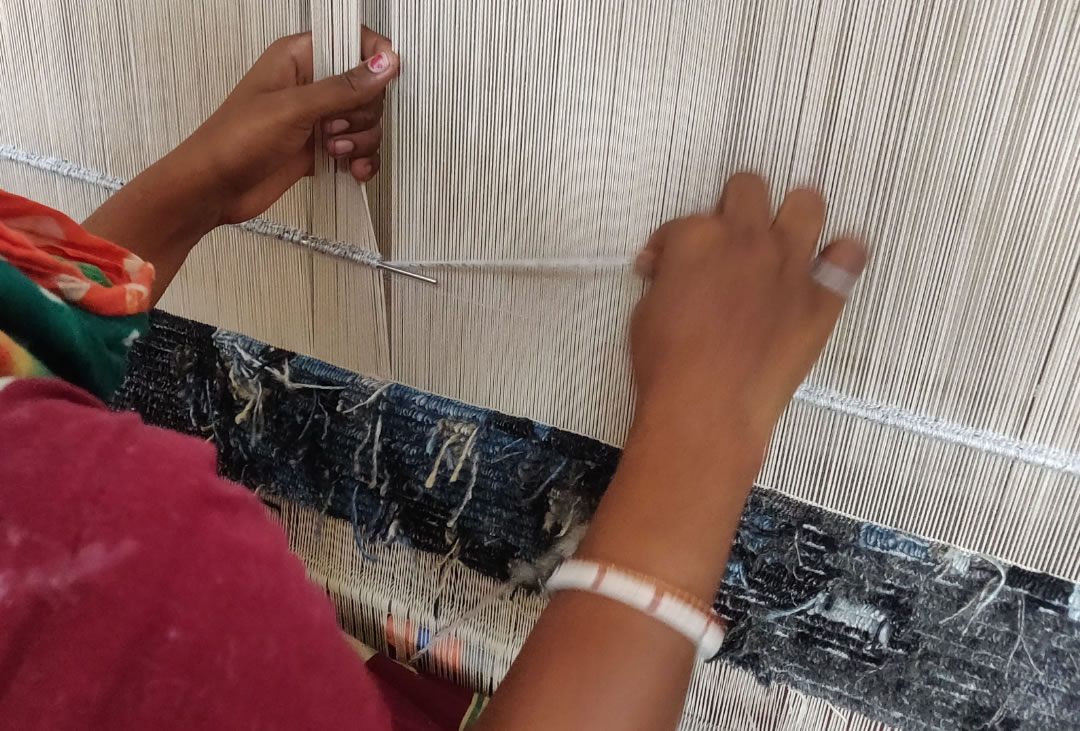 This is really an ancient art.  Many techniques used 1000 years ago are still used today. Hand knotted rugs typically fall into a few general categories: classic knot (Persian and Turkish), Tibetan knot, flatweave, and Soumac. Each type of construction has its own unique method. Depending on the type and size of a rug, it takes 3-9 months to produce one handmade rug. The earliest rugs, made many centuries before the Christian era, were flat-surfaced weaves. These include tapestries, embroidery, brocading, soumaks and kilims. The fundamentals of flat weaving and hand-knotting have changed very little since the 11th Century, with some knot styles remaining indigenous to certain geographic areas.

The oldest of the flatweaves is probably tapestry, which was practiced in ancient Greece and is still in use today. Soumak weaving originated in the Middle East as early as the 7th Century and is still practiced in Caucasia today. Brocading and embroidery are usually done on looms similar to those used for tapestry, and techniques may be combined.

The characteristic feature of knotted-pile rugs is the knotting and fastening of extra strands of yarn into a foundation weave to form a dense layer of loops that completely cover the foundation on one side. The foundation of a rug is a grid of parallel yarns called “warp” (lengthwise) and “weft’ (crosswise), creating a rectangle on a loom frame. A row of knots is tied to pairs of the warp and the weft is passed through alternating sides of the warp, then tightly compressed against the knots and another row is formed. The number of knots per square inch is a determinant of rug quality. The fineness of the weave depends upon the thickness of the warps and their proximity to one another. Although wool is often used for warp, cotton is more common because of its smooth surface and its resistance to stretching.

Among knotted rugs, there are distinctions made between horizontal and vertical looms. The horizontal types are generally used by nomadic families and for smaller rugs. They are made by driving stakes in the ground to hold the warp and weft, and non-rectangular rugs often result from the frequent moves and uneven tension of yarn. All large rugs are made on vertical looms and all mechanical weaving is done on vertical looms with steel frames. 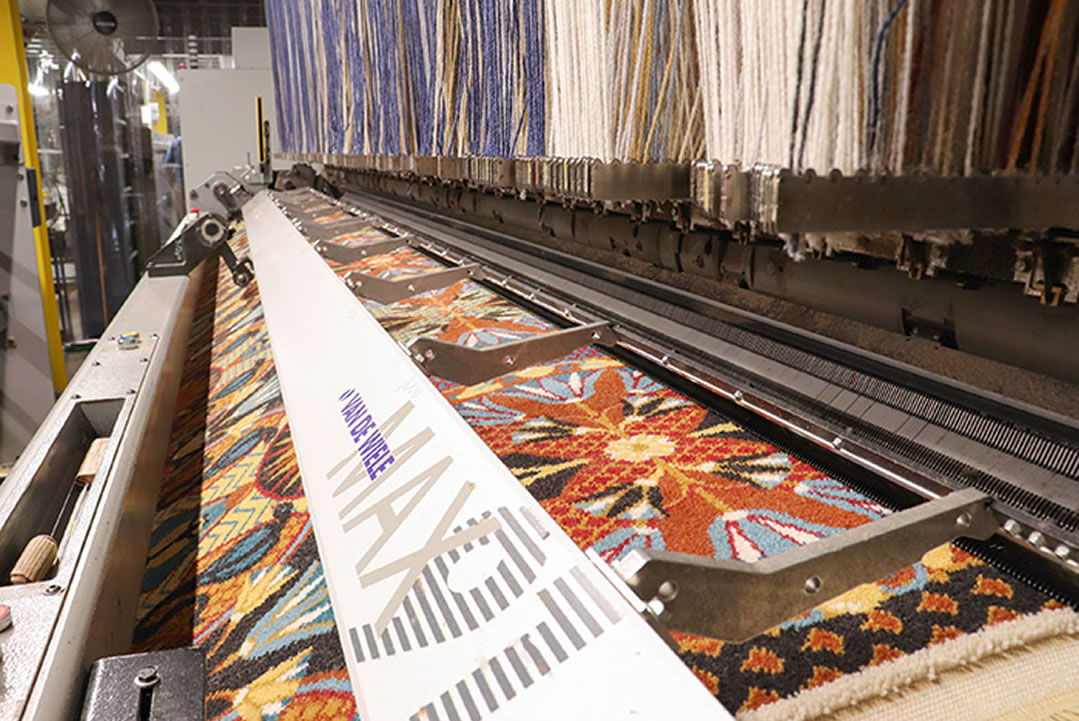 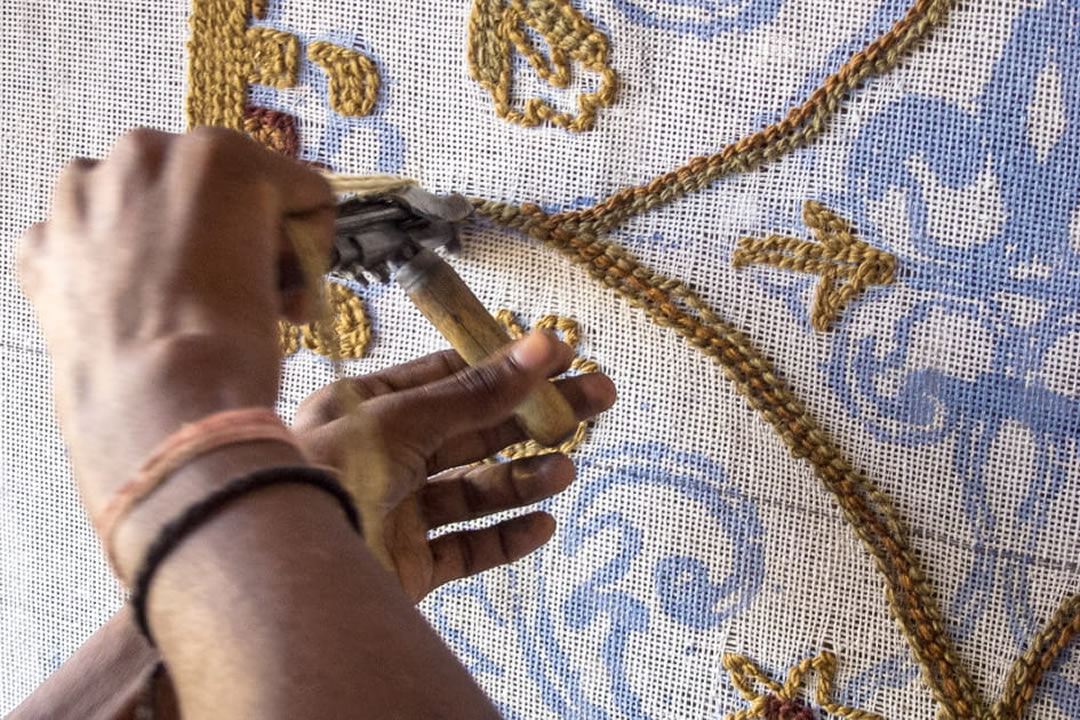 Hand tufted rugs, while not actually made by the traditional hand tying method, are another type of rug that is still considered hand made. This particular type of rug is made using a modified hand held drill gun that inserts the pile into a cloth foundation which creates a loop pile. If the loop pile is sheared, it then becomes a cut pile. The loop pile rug, if not sheared, is called a hooked rug. The rug is secured using a latex coating on the back of the rug, which is then covered by a canvas fabric. These rugs are an affordable option for someone not looking to invest in a hand knotted rug.